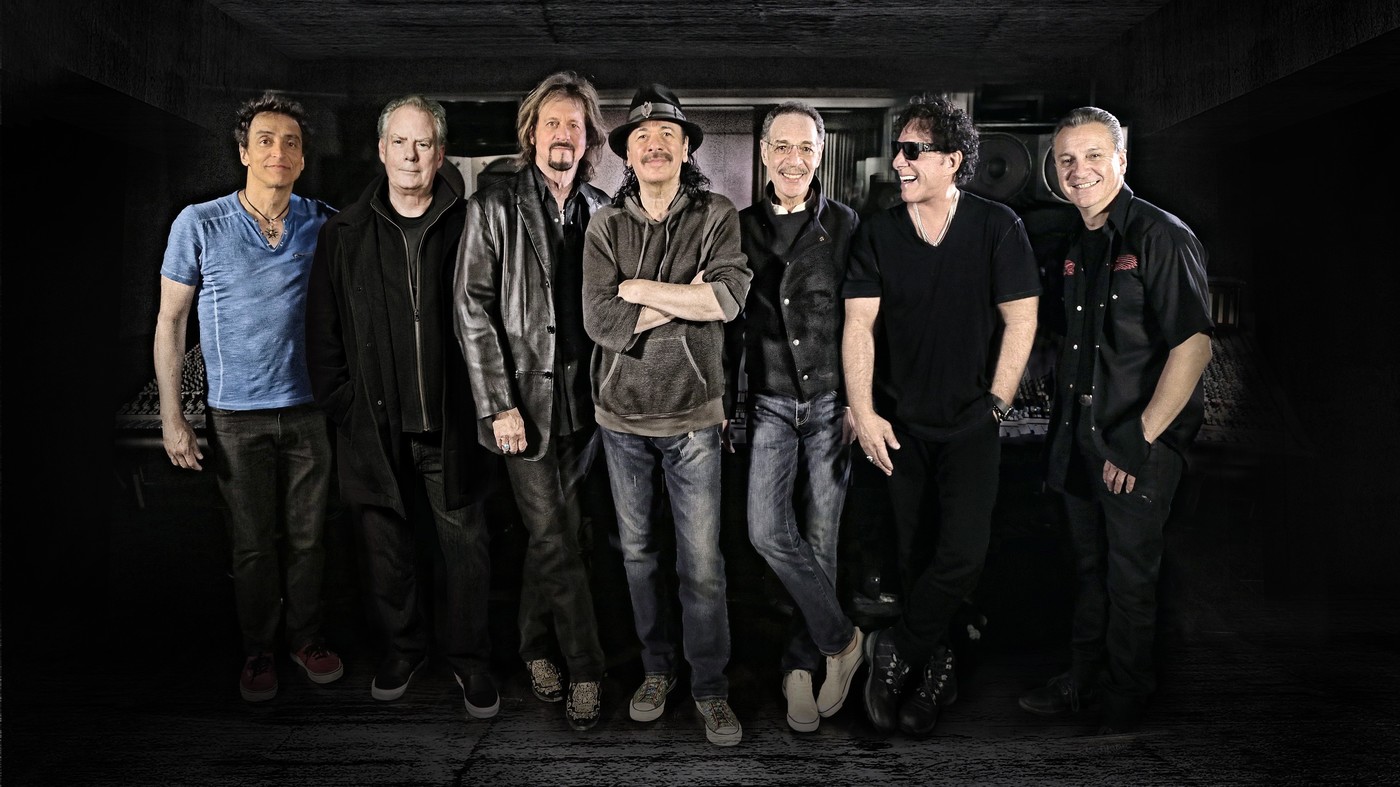 Santana is an American[7][8] rock band formed in San Francisco in 1966 by Mexican-American guitarist and songwriter Carlos Santana. The band has undergone multiple recording and performing line-ups in its history, with Santana the only consistent member. Santana had early success with their appearance at Woodstock in 1969 and their first three albums, Santana (1969), Abraxas (1970), and Santana III (1971). Other important core members during this period include Gregg Rolie, Mike Carabello, Michael Shrieve, David Brown, and José “Chepito” Areas, forming the “classic” line-up.

Following its initial success Santana experimented with elements of jazz fusion on Caravanserai (1972), Welcome (1973), and Borboletta (1974). Santana reached a new peak of commercial and critical success with Supernatural (1999) and its singles “Smooth“, featuring singer Rob Thomas, and “Maria Maria“. The album reached No. 1 in eleven countries and sold 12 million copies in the US. In 2014, the “classic” line-up reunited for Santana IV (2016) and the group continue to perform and record.

Santana is one of the best-selling groups of all time with 43.5 million certified albums sold the US, and an estimated 100 million sold worldwide.[9][10] Its discography include 25 studio albums, 14 of which reached the US top 10. In 1998, the line-up of Santana, Rolie, Carabello, Shrieve, Brown, and Areas was inducted into the Rock and Roll Hall of Fame.[11] In 2000, the band won six Grammy Awards in one night, a record tied with Michael Jackson, and three Latin Grammy Awards.[12]